Professor Khullar studied at King's College, London, before graduating with a medical degree from the University of London in 1988. He then went on to do research at King's College Hospital and was awarded a Doctor of Medicine and became a fellow of the Royal College of Obstetricians and Gynaecologists in 2007. He also works publicly for the Imperial College Healthcare NHS Trust and specialises in patients with bladder and pelvic organ problems secondary to Ehlers Danlos Syndrome (EDH). ​He is Head of the Department of Urogynaecology at St Mary's Hospital in London which he established in the year 2000. 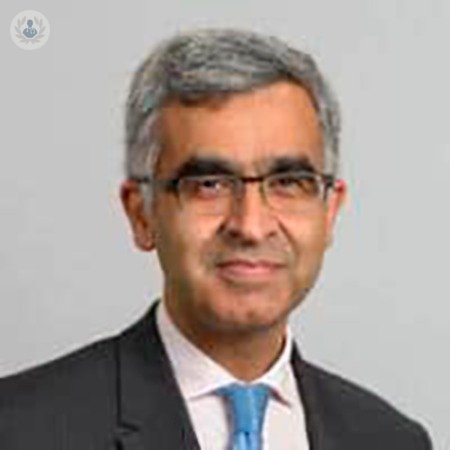 What is the pelvic floor? The pelvic floor is the set of muscles and ligaments that surround the lower part of the abdominal cavity. It &lt...

What is pelvic pain? Pelvic pain is characterised by pain that occurs in the lower abdomen, both c...

I've never come out from a consultation with a doctor smiling before. But I felt so confident that Prof Khullar had listened, and heard, what I was explaining.

Brilliant doctor, most knowledgeable doctor I have met in the last 17 years of dealing with these problems

Total 5 stars to all the above. Professor has a superb relaxed manner & explains everything eoth clarity

Any cookies that may not be particularly necessary for the website to function and is used specifically to collect user personal data via analytics, ads, other embedded contents are termed as non-necessary cookies. It is mandatory to procure user consent prior to running these cookies on your website.